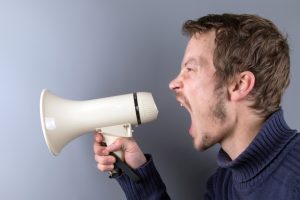 Defamation is a false statement communicated to another person that injures a person’s reputation or good name. Lawsuits for defamation have a long history in the United States, even before the Revolution. Claims for defamation fall between the right of free speech of citizens and the acknowledgement that misstatements and lies can severely damage a person’s life, job, and reputation. All defamation actions require the following items:

For public figures or public officials, the plaintiff must instead show the following:

The next distinction that must be made is whether the defamation is “per se” or “per quod.” Libel or slander “per se” occurs when the false statements are obviously defamatory when considered alone without any explanation or context. These types of obvious defamation that constitute libel per se are (1) charges that a person has committed an infamous crime; (2) charges a person with having an infectious disease; (3) tends to impeach a person in that person’s trade or profession; or (4) otherwise tends to subject one to ridicule, contempt or disgrace.

Libel and slander “per quod” covers false statements which are not obviously defamatory, but which become so when considered in connection with innuendo, colloquium and explanatory circumstances. There is also a form of libel in North Carolina that occupies a middle level between “per se” and “per quod” where the statement is susceptible of two meanings–one that is defamatory and one that is not.

The distinction between “per se” and “per quod” generally goes to the types of damages that are recoverable. “Per quod” defamation allows the plaintiff to recover special damages such as lost income, and actual damages such as loss of reputation in the community. “Per se” allows these damages and presumed damages such as mental or physical pain or suffering that don’t need to be shown with any particularized evidence. (although for “per se” defamation where it is a private figure and matter of public concern or public figure, presumed damages require malice and not negligence). In addition, punitive or punishment damages are recoverable if done intentionally or with malice.