The Role of Judges is not Easy

The Role of Judges is not Easy 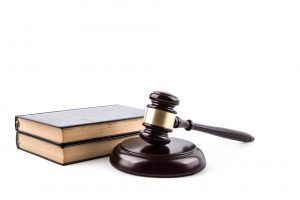 In doing some research today, which may also lead to another blog post in the future, I ran across this aside from the Court of Appeals in 2006. Judge Joe R. John, writing for the Court of Appeals took the time after a lengthy written and well reasoned legal opinion on the liability or lack thereof for certain businesses or individuals on drunk driving cases, to acknowledge the how the role of judges is not to legislate. However, just because that is their role, doesn’t make it easy. All judges must struggle with the limitations of what they want to do, and what they think is right to do, and what the law and society needs them to do.

Prior to closing, it is appropriate to acknowledge that the “legalese” in which this opinion is necessarily cast may falsely suggest insensitivity to the poignant circumstances upon which this appeal was founded. Without any fault on their part, a young father was tragically killed and his wife grievously injured in a motor vehicle collision with an intoxicated driver. While acutely aware of the loss and harm endured by the plaintiffs and while similarly cognizant of the carnage which drunken drivers wreak upon the roadways of this state and nation, see Bullins v. Schmidt, 322 N.C. 580, 584, 369 S.E.2d 601, 604 (1988) (“With approximately fifty thousand persons killed on the nation’s public highways each year (1640 in North Carolina), drunken drivers are a deadly menace to innocent persons.”), we have been obligated in this matter, as in any, to perform our duty as judges dispassionately and in compliance with our constitutional mandate, that is, to rule upon questions of law and not to legislate. See Underwood v. Howland, Comr. of Motor Vehicles, 1 N.C.App. 560, 563, 162 S.E.2d 124, 126 (“It is our duty to adjudicate, not legislate; to interpret the law as written, not as we would have *330 it.”), rev’d on other grounds, 274 N.C. 473, 164 S.E.2d 2 (1968); see also State v. Arnold, 147 N.C.App. 670, 673, 557 S.E.2d 119, 121 (2001) (“It is critical to our system of government and the expectation of our citizens that the courts not assume the role of legislatures. However poised and eager we may be at times to launch our agenda, judges have not been entrusted by the people of this State to be legislators.”), aff’d per curiam, 356 N.C. 291, 569 S.E.2d 648 (2002). As the present case so vividly illustrates, the task is rarely an easy one.

« What is Pain and Suffering?
How Hospitals Are Failing New Moms »