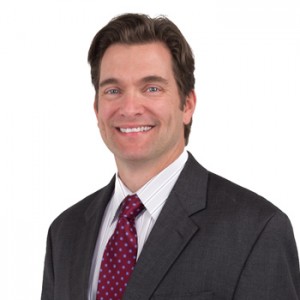 A lot of attorneys advertise that they are “aggressive” and “fight” for you. You never see doctors claim they will “aggressively fight” your disease; or accountants say they are “pit bulls” when they deal with the IRS; or you need to hire this particular general contractor because he’s a “shark.” Attorneys advertise for this because it is what TV and the movies have conditioned people to think this is what attorneys do and how they act. The problem is that most of the time, the hyper-aggressive tactics that show well on TV and create a rush of feel-good endorphins in the brains of our clients, hurt our clients far more than they help.

First, they cost money. I have received numerous irrelevant discovery requests, motions requiring court action for frivolous reasons not supported by law, and nasty emails and letter. I get mad because I have to bill my client to respond to these ridiculous requests and demands and feel a little sorry for the other party, who is paying their attorney to do work that does nothing to help their case, and probably hurts it.

Second, they hurt settlement. My clients are far less inclined to cut the other side any breaks in settling the case when they have been subject to such tactics. Even if they are, it will take at least a longer mediation or discovery process before that settlement is reached.

Third, Judges are constantly trying to whittle down the actual controversies involved in any case. They want to decide, or if appropriate, have a jury decide the key areas that are in dispute. If they are faced with a hyper-aggressive attorney, who fights equally both the big and little issues, they are not happy and can start to rule against the attorney who insists on fighting every issue rather than agreeing to reasonable compromises on smaller issues, particularly when that compromise is what the judge would be inclined to do anyway.

Fourth, while you may like it, juries will turn in a heartbeat on an attorney who they perceive is being combative, unfair, or just mean. They have far less concern than a judge to factor out their emotions and perceptions in rendering a decision.

Finally, some of the “aggressive” tactics I see in courtroom dramas would find me in jail under contempt of court.

Remember your goal is to get the relief you want with as little legal expense as possible. You don’t get points for zinging the other side, or having your lawyer shout them down. All that drama that you find interesting, won’t nearly be as entertaining six months later when you are trying to finish paying a legal bill for services that didn’t get you the desired outcome.