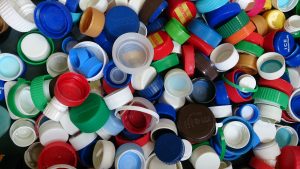 In 2011, North Carolina considered a controversial new law that limited or capped the amount of money a jury could use to provide to a person for her damages in certain kinds of lawsuits. N.C. Gen. Stat. § 90-21.19 capped the amount of noneconomic damages a person could receive in a medical malpractice suit to what is now $515,000. This was done because it was thought that medical malpractice lawsuits were out of control, insurance rates were skyrocketing because of it, and doctors were fleeing North Carolina. Although this was more perception than reality, the law was passed and went into effect on October 1, 2011.

The cap is only against “noneconomic damages.” I’ve written before about what that means for a wrongful death case. In cases where the patient survives the negligence, noneconomic damages would include the physical pain of the injuries or the treatment to help the injuries; the stress and anxiety of an uncertain job future or health issues; the inability to do the same physical activities a person used to do; and other impacts a physical injury has on a person that doesn’t show up on an invoice or bill. While for some injuries these damages can be relatively minor since they usually go away when the person has recovered from the physical injury. However, for more serious and permanent physical injuries the amounts can add up to a substantial amount. If you are a 25 year old and can’t surf and have back pain for a month, those noneconomic damages may seem insignificant, but if that same 25 year old can’t surf or has back pain for the rest of his life, 50–60 years, it is very different.

The cap has an exception, where the medical negligence causes disfigurement, loss of use of part of the body, permanent injury or death. The exception also requires the medical provider to have committed the act in reckless disregard, gross negligence, fraud, intentional or with malice. Therefore, usually for the exception apply, the injured person has to show the doctor did breached the standard of care on purpose or recklessly enough that it might as well have been done on purpose. Since it is extremely difficult to prove what anyone is actually thinking as opposed to what they actually did, this exception is very limited.

The cap also only applies to “medical malpractice action.” Those actions are types of negligence actions that only apply to doctors, nurses, and any other health care provider. Where that health care worker breaks the standard of care for her specialty, in her community (or a similar sized community), and that causes injury or death, that person or their family has a medical malpractice lawsuit. Before the cap, the damages would be found by a jury like any other negligence or wrongful death case. After the cap, the damages are found the same way (in fact, it is not allowed to even tell the jury there is a cap), but, if the noneconomic damages exceed the cap, the judge is required to reduce the damages awarded by the jury to the limits of the cap. This causes the curious result that a person injured in a car wreck can recover more in a negligence lawsuit from a negligent driver than a person with the exact same injuries from medical negligence.