“It’s Not Just Bathrooms” or “What the Heck Just Happened in North Carolina?”

“It’s Not Just Bathrooms” or “What the Heck Just Happened in North Carolina?” 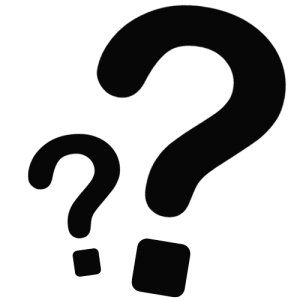 News has exploded across North Carolina and the county regarding a broad new law that the North Carolina legislature passed. It occurred in a special session and in less than 12 hours with almost no notice until it was done. The new law is the Public Facilities Privacy and Security Act, officially titled “An Act to Provide for Single-sex Multiple Occupancy Bathroom and Changing Facilities in Schools and Public Agencies and to Create Statewide Consistency in Regulation of Employment and Public Accommodations.”

Why did it happen?

The law was supposedly a response to the decision of the Charlotte City Council to add to the city’s non-discrimination ordinance to prevent discrimination on the basis of sexual orientation or gender identify in public accommodations, passenger vehicle for hire, and city contractors. The controversy over this city regulation was that it would allow transgender people to use public restrooms that corresponds with what gender they identified with, not what their biology said. Opponents of the Charlotte City Council’s decision were concerned about the safety of women and girls in a public restroom with people that were born male. Supporters argued that fear was overblown and there has been no known instance of a sexual predator dressing up as a women to commit a crime and then using similar city ordinances as a defense. They also argued that transgender people were at risk of violence in these bathrooms.

What does it do?

The new North Carolina state law implemented a detailed state-wide regulation of public restrooms, and limited a person’s use of those restrooms to only those restrooms that correspond with one’s “biological sex,” defined in the new state law as the sex identified on one’s birth certificate. It removed any power from any local city or county government to make that determination for their area.

The law however did not stop at the bathroom door. It also expressly preempted all municipal and county ordinances or policies broader than the official state anti-discrimination statute, which does not include sexual orientation or gender identity among the list of prohibited bases of discrimination. So that effectively wipes out not only local LGBT anti-discrimination protections in numerous NC cities, but also the protection of discrimination based on “veterans status” in Greensboro and Orange County.

The legislature got on a roll and kept going. It removed the right of an individual to sue under the state’s anti-discrimination statutes (on the familiar basis of race, religion, color, national origin, age, “biological” sex, or handicap). The change to this 40 year old law makes it so a person who is subject to workplace or housing discrimination under those areas must either file in federal court (which can be more complex and expensive) or rely on the state of North Carolina (more particularly The Human Relations Commission in the Department of Administration) to bring the charges of discrimination.

Finally, the law prevents local municipalities and counties from passing a higher minimum wage than state-wide minimum wage. (Although at the time of the law passing there were no municipality or county that had done that).

The broad scope of this law, and the lightening speed it was adopted took almost everyone by surprise. It therefore allowed no public debate and raises questions as to whether the legislature considered all the possible consequences.

What are the possible (unintended) consequences?

One possible consequence is the state could lose over $4.5 billion dollars in federal funding for schools. That Title IX federal assistance money is only provided for schools with no discrimination. The U.S. Department of Education has recently interpreted that to mean that when schools provide separate restrooms for boys and girls, it needs to provide access for transgender students to use the bathroom consistent with their gender identity.

Another is possible loss of businesses from the state. American Airlines, PayPal and the NCAA have denounced the law and many other companies and organizations are reportedly reconsidering their business in the state.

Opponents of the law are already planning constitutional challenges to the law and hope that the entirety of the law is reviewed when the N.C. legislature goes back into session.