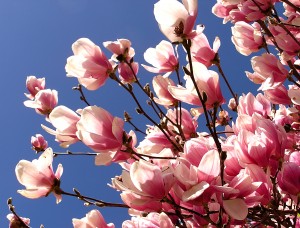 A few years ago I got (on my vacation) a panicky call from a friend who I knew through local community theater. He was involved in a local production of “Steel Magnolias” and was set to open in days, but the director had gotten a cease and desist order claiming a violation of copyright law. The director insisted he had purchased and secured the rights from the publishing house and he had done a similar production before and never had a problem. Eventually I figured out the problem, he had cast male actors who were going to perform as the women. While the production was jokingly referred to as “Dragnolias” the director insisted it was not a parody but was intended to honor the women in a man’s life from a different perspective. Unfortunately for my director friend, it was clear in rights he purchased that the roles had to be played by the same gender of the actors.

A copyright is protection that provides protection for the authors of original works, whether that is books, films, music, or, as in this case, plays. The ability of a creator to retain rights in his work is actually contained in the U.S. Constitution. Based on that Constitutional mandate, federal laws provide the detailed protection in a copyright. A copyright is different from a patent, which protects inventions or discoveries. It is also different from a trademark, which protects words, phrases, symbols or designs identifying the source of the goods or services it represents.

A copyright is automatically created when the work is created. There is no longer a requirement under U.S. law to give notice of a copyright (that little © symbol that you still occasionally see is a holdover from that old notice law). There is no requirement of publication before a copyright is valid. Finally, the procedure of mailing a copy of the work to yourself has no effect on a copyright. While a copyright is not required to be registered with the U.S. Copyright office, there are several benefits in doing so including creating a public record and enabling the author to file a lawsuit against anyone infringing on the copyright.

My director friend did not get a notice of a potential infringement from the author of the play, the copyright holder. He got a notice from a play publisher. However, playwrights can and do frequently assign rights to their plays to a play publisher or leasing agent such as Samuel French or Dramatists Play Service. These publishers are allowed to exercise the playwrights’ copyrights.

My director friend wanted to argue that he had purchased right to put on the play and had obeyed the copyright. He (like many directors) saw the script as the beginning point in the communal creative process taking a script from a “play” to a “production.” However, any change in a play–eliminating or re-ordering scenes, combining characters, or even stage directions without permission of the playwright or their agent is a violation of copyright. This has been tested in the courts. Samuel Beckett and Edward Albee both have forced cancellations

of their works where the production would have set the play in a different location or gender swapped the characters. It is also worth noting that the copyright on a play includes stage directions despite the theater myth that stage managers and not playwrights create the stage directions.

Faced with the fact that the law of copyright was against him, my friend considered just going forward anyway. I had to let him know that the copyright holder had the ability to get actual damages (all the profit he made from the show) or statutory damages which a judge could set between $750 per performance and $30,000 for an innocent mistake and up to $150,000 if the court determined it was done willfully.

Were there any exceptions he wanted to know? There are a few exceptions to copyright. The most well known is works in the public domain. Copyrights don’t last forever. The actual length of time a given copyright lasts requires a bit of calculation because of the way the federal statutes changed throughout the years. In general, works over 75 years old will generally be in the public domain. Another exception is the “fair use” exception. This allows the reviews to cite parts of a play in their review and would also allow parts of the show to be parodied. Ironically, my friend’s desire to do his production keeping to the spirit and intention of the original as he saw it, actually removed it from any possible parody exception. In addition, if the play is used in face to face educational activities, it can be used without violation of a copyright. However, this would not include an actual performance for an audience beyond a classroom and its teachers. Finally, note that it is another theater myth that if you don’t charge for the production, you don’t have to purchase the right. A free performance is not an exception to copyright protection.

Reluctantly my friend made the right choice and declined to take a chance and go forward with the production. (He was able to recast with women and actually put on the production without too much delay). Community theater companies usually operate at a loss or on a thin profit margin and the proliferation of scanned scripts on the Internet can tempt companies to save money by ignoring usage rights and copyright issues. That same technology however allows playwrights and publishing houses to continually monitor for violations. My recommendation is to make sure you have the correct rights before you are forced to close a show before it opens.