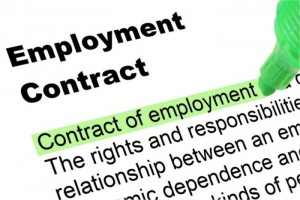 I’ve written before about non-compete clauses, particularly for employment contracts. Basically, the law allows for an agreement in an employment contract or contract for the sale of a business to limit that employee or former employee from competing with their former employer. As long as the competition is reasonably restricted as to how long it lasts and where it applies, it is legal in North Carolina.

But what happens if you violate a valid non-compete clause? What can the old employer do and what damages might the competing employee be liable for? A non-compete clause is part of a contract, and an employer’s claim for violating that clause is a breach of contract claim. The usual damages for a breach of contract is the amount of money that would put the non-breaching person in the same position as if the contract was not broken. Usually determining this is fairly simple. If I had an agreement to build someone’s house for $200,000 and I build that house, but the owner didn’t pay me, it would cost him $200,000 to put me in the position I would be in if the owner did what he was supposed to. Maybe with some interest to take into account the fact I should have had the money earlier than I got it (and not counting any attorney fees it took to get it, but that is a post for another time).

But let us flip the example. If the owner paid me $200,000 but I didn’t build the house, what would the contract damages be? The law would not force me to build the house (called “specific performance”) and the money damages would not automatically be the $200,000 that the owner paid me. The damages would be the amount of money the owner would have to pay another contractor to build the same house. If the owner got a good deal with me, I may have to pay for my breach of the contract $250,000 if that is what another contractor would charge.

So let’s go back to the damages for the breach of a contract when that agreement is a non-compete clause. Keep in mind the general theory of contact damages and the public policy that allows non-competes while recognizing that people should be able to work where they want and in what occupation they want. The damages for the breach of a non-compete clause in North Carolina is the amount of profits lost by the employer as a result of the illegal competition of the ex-employee. You can’t just ask for all profits that the ex-employee made, even if they were in violation of the non-compete. The employer has to prove his losses, not the ex-employee’s gains. Going back to our general contract house example. If I breached a contract to build a $200,000 because I wanted to build a house for somebody else for $600,000. The homeowner doesn’t get the amount I’m making from somebody else, he only gets what he lost.

Making it additionally difficult for non-compete clause damages is that the law requires the proof of a businesses lost profits to be made with reasonable certainty. Speculation or estimates are not allowed. For a new business, this presents a nearly impossible hurdle because they have no history of business to show the court. Even for an established business they have to have enough evidence for a jury to find with reasonable certainty.