Shut Up and Sit Down

Shut Up and Sit Down 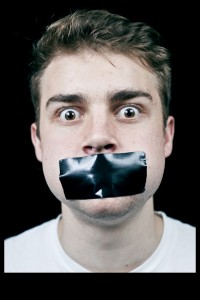 Courtroom lawyers like to talk. It’s a fairly necessary skill when arguing before a judge or jury. The trouble is sometimes a lawyer forgets that talking is just means to an end, not the end itself. Lawyers have to remember they are talking with a purpose. They are talking to persuade a judge or jury to rule in their favor, and against their opponents. One of the most important rules about talking with a purpose is knowing when to shut up and sit down. I recently had an oral argument before the 4th Circuit Court of Appeals in Richmond, Virginia. I was well prepared for the argument, and had a list of bullet points that I wanted to get out. The 4th Circuit is known as a “hot bench.” This is legal jargon to describe that the judges on the panel liked to interrupt with frequent and difficult questions rather than sit back and listen. Some of the skill of an oral appellate argument is answering these questions and keeping the main beats of your argument alive. Each side had 20 minutes. The opposing attorney, who represented the party bringing the appeal, started. Within two minutes, the judges were asking pointed questions on his case. He responded as well as he could to their barrage of questions, and the judges even allowed him an extra half minute to conclude. Then it was my turn. I quickly made my main points and answered the only two questions posed to me. Half of my points had already been expressed and made by the judges in their questioning of the other attorney. Looking at my timer, I realized I still had over 5 minutes left of my 20 minute time period. At this point, I had a choice. I could restate my main points again, or state my arguments that the judges had already expressed. I could also talk about alternative ways the judges could find for me even though I had already answered what the opposing attorney had expressed was his best argument. But looking at the silent faces of the panel I realized I had given them all they needed. At that point, I could only hurt my case if I continued to talk. So I stopped. I asked if there were any more questions and hearing none, I sat down.

It is the same when doing a closing argument before a jury. No matter how complicated or lengthy a trial is, and how great an orator you are, no juror will stay focused on you for more than 30 minutes. After that, all you do is irritate them. Irritated judges and jurors tend to find a reason not to find for you or your client. So remember, once you’ve won the fight or at least made your point, shut up and sit down.