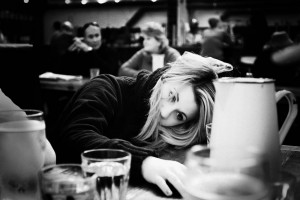 Another thing I wished my clients understood better. We don’t like the slowness and inefficiency of the legal system any more than they do.[1] Most attorneys are not trying to manipulate the system to delay the progress of a lawsuit. Once I waited most of a day, sitting in a courtroom and billing clients in order to argue an important motion in my case. When it finally came to be my turn, the judge realized she knew the other party and wouldn’t be able to rule on the motion without looking biased, so we had to reschedule for another judge for another time. It was months before we were able to get on another schedule for that particular motion with a different judge. If she hadn’t done that, nobody would have been sure they got a fair day in trial and it would likely have caused more delay with the filing of an appeal.

Another time I prepared and was ready for a week long jury trial on three separate occasions but kept being continued because another case that was older than mine needed the week of trial. Trial calendars are oversold, like airlines, because so many cases settle, and settle on the eve of trial. The court system tries to avoid having a judge, clerk, bailiff, court reporter and other employees in a courtroom without a trial and without advancing a case. Otherwise there would be 10 times the delay.

Still another time I waited 12 months for a ruling by a judge on an important motion in a case. The entire process ground to a halt as going forward with the case was dependant on the judge. While this length of time was unusual, certain judges in certain areas are simply overworked and there is nothing I could have done to change it, despite mine and my client’s frustration.

Even without these types of snags, just the idea that every person should have the opportunity to understand the claims and evidence in a case and respond appropriately will cause time to pass. It’s like a tennis match where the other side has 30-60 days to hit the ball back.

Attorneys understand these delays, but I promise that is a long way from liking them.

[1] Note I am primarily talking about civil litigation cases. Criminal cases sometimes more a bit faster because there is less discovery about the facts and evidence the other side has and there are constitutional protections for the right of a speedy trial.

« Every Case is Unique
Happy Fourth of July »